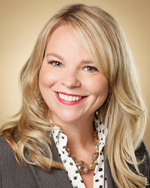 Polly Eldringhoff was named vice president — operational performance and compliance for Peoples Gas and North Shore Gas in June 2022. She is responsible for customer relations, planning and project management, operations strategy and performance, community engagement and partnerships, and media relations. She also serves as the Illinois chief ethics and compliance officer.

In that role and a previous one as director — North Shore Gas, she also oversaw the day-to-day operations that provide natural gas service to more than 162,000 customers in 54 communities in Chicago’s northern suburbs. Her responsibilities at North Shore Gas included ensuring safety, compliance, operational excellence, financial performance and top-tier customer service.

Eldringhoff joined Peoples Gas in 2002, holding a series of positions with increasing responsibility in the Finance, Strategic Planning, Operations and Executive departments. As chief of staff and director — strategy and performance for Peoples Gas and North Shore Gas, she managed the implementation of the president’s key initiatives, including creating and executing a $320 million capital facilities project, and implementing advanced metering infrastructure. She also was responsible for strategic business planning, along with monitoring business performance for the utilities. She has been a long-standing member of the company’s Corporate Contributions committee, which provides governance and approval to the grant-making process, ensuring support within the communities the utilities serve.

Eldringhoff earned a bachelor’s degree in business administration at the University of Tennessee at Knoxville, where she was a member of Alpha Delta Pi sorority. She serves as a member of the board of trustees for Lincoln Park Zoo, campaign cabinet member for United Way Metropolitan Chicago and on the United Neighborhoods Equity Steering Committee. She previously led the Finance Committee for the Parkways Foundation and served on the Center on Halsted board, Lincoln Park Zoo auxiliary board and United Way Lake County 211 Advisory Committee.