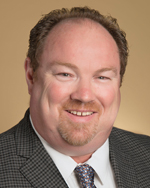 Graham started his career with Peoples Gas in 1994 as a meter reader, before moving to the distribution department, where he worked as a laborer and gas mechanic for eight years. In 2002, Graham became a senior claim investigator on the finance team, where he progressed to manager — claims supporting all of the former Integrys Energy Group utilities.

Graham became an operations and maintenance lead in 2011, progressing to manager — workforce planning, manager — field operations, and area manager at South Shop and North Shop for Peoples Gas before assuming his current role.

Graham serves on the board of the Chicago Exhibition of Student STEM Research, formerly known as the Chicago Public Schools Student Science Fair, and is the current board president. He holds a bachelor’s degree from DePaul University with an emphasis on risk management in utilities, and also earned a certificate in heating, ventilation and air conditioning from Triton Community College in River Grove.