As the largest renewable energy investor in Wisconsin, we know the importance of clean energy. Our renewable energy facilities maintain reliability, deliver savings to our customers and support the goals of Wisconsin’s Task Force on Climate Change.

Reducing emissions is essential to building a bright, sustainable future. Clean energy investments are an important part of our goal to reduce carbon emissions from electricity generation 70% from 2005 levels by 2030 and to be net carbon neutral by 2050.

The Badger Hollow Solar Park is a 300-megawatt (MW) solar facility in Iowa County, Wisconsin. Among the Midwest’s largest solar facilities, it is jointly owned by WEC Energy Group utilities We Energies and Wisconsin Public Service (WPS), as well as Madison Gas and Electric (MGE). Each utility owns 100 MW of the energy produced. The solar facility is being built in two phases. The first 150 MW are expected online in 2021, and the second 150 MW are expected online by the end of 2022. 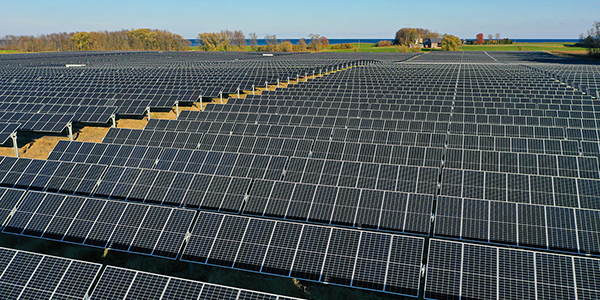 The Two Creeks Solar Park is a 150-MW solar facility in Manitowoc County, Wisconsin. The facility made history when it went online in November 2020, becoming Wisconsin’s first large-scale solar energy park. The facility is jointly owned by WPS (100 MW) and MGE (50 MW).

The proposed Paris Solar-Battery Storage Park was announced in February 2021. The facility features 200 MW of solar generation and 110 MW of battery storage — which can store solar-generated power and discharge it when the sun goes down, providing customers with “sunshine after sunset.”

The project is located in Kenosha County, Wisconsin. We Energies and WPS would own 90% of the project, and MGE would own the other 10%. If approved, the project is scheduled to go into service in 2023.

The proposed Darien Solar Energy Center was announced in March 2021. The facility features 250 MW of solar generation and 75 MW of battery storage.

The project is located in Rock and Walworth counties, Wisconsin. We Energies and WPS would own 90% of the project, and MGE would own the other 10%. If approved, the project is scheduled to go into service in 2023. 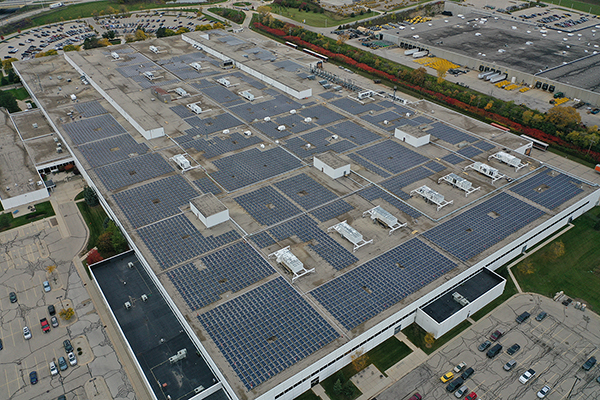 Solar Now is an innovative We Energies program that produces clean energy for all customers. Under the Solar Now program, We Energies partners with large business, nonprofit and government customers to host solar panels. We Energies leases space for the panels on roofs and unused land. Working with customers across the state, We Energies has completed projects with numerous partners including Harley-Davidson, University of Wisconsin — Parkside, the City of Racine, the School District of New Berlin, and Washington County.

Solar Now is a pilot program approved for up to 35 MW.

Glacier Hills Wind Park is the largest wind farm in Wisconsin. The 162-MW facility is located in the towns of Randolph and Scott in Columbia County. The facility is owned by We Energies. It began operation in 2011.

Blue Sky Green Field Wind Energy Center is a 145-MW wind farm in northeast Fond du Lac County, Wisconsin. The facility is located in the towns of Calumet and Marshfield. The facility is owned by We Energies. It began operation in 2008.

Crane Creek Wind Farm is a 99-MW wind farm located near Riceville in Howard County, Iowa. The facility is owned by WPS. It began operation in 2009.